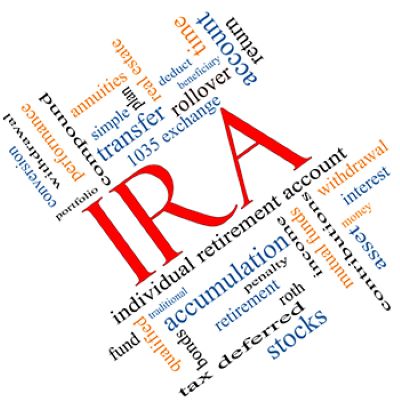 Many people now have IRA’s as part of their estate plan.  Putting the money in is the easy part but taking the money out and ultimate distributions can be tricky.  So here are some helpful rules and hints:  IRA money cannot be withdrawn (without a penalty) until you are age 59 ½.  You must start withdrawing it, however, the year you reach age 70 ½.

Except for Roth IRA’s (which have already had taxes taken out), since IRA money was not taxed when it was put into an IRA, it is taxed, as income, when it comes out.  For example, if your income for a year is $75,000 and you take a $25,000 distribution from your IRA, you will be taxed on the $100,000 as your total income for the year.   That’s why people generally opt for the longest withdrawal period possible – to lessen the income tax implications.

As a general rule, it is not a good idea to fund a Trust (of any sort) with IRA money (for numerous reasons) or have a trust be the beneficiary of an IRA.  And finally, make sure the beneficiary/ies you originally named are still around or are the ones you want to eventually get your undistributed IRA assets- otherwise that ultimate distribution may not go how you intended.

By the way, when I mention IRA’s, I’m also referring to the myriad forms of non-taxed savings plans such as 401Ks, SEP IRAs, 403Bs, Keoughs, etc.  The same principles listed above apply to all of these as well.